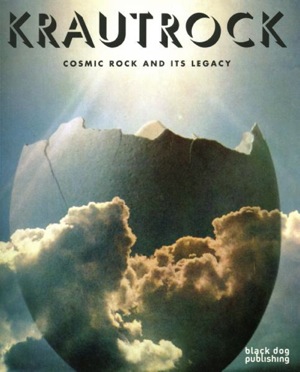 The late 1960s in West Germany was a period of profound breakthroughs, upheavals and reversals. Communes were spreading, protests organised throughout the entire country, the desire to begin everything anew permeating the young. Out of this climate, a music scene exploded that would forever change the face of western rock; at times anarchic, at others mystical, magickal, or utopian, it pushed rock beyond any known limits.

Never a genre or a movement per se, Krautrock encompassed a very wild and diverse range of sounds, attitudes, and past musics, from free jazz to Karlheinz Stockhausen, from dada to Fluxus, from German Romanticism to the Mothers of Invention. The musicians operated outside any known categories, breaking new ground and turning their backs to both their country’s past and the conventions of Anglo-American rock. Their vision fired the imaginations of generations of musicians after them: Cabaret Voltaire, Brian Eno, Nurse with Wound, PiL, DAF, Einstürzende Neubauten, to only name a few, have all acknowledged their debt to Krautrock’s uncompromising, outsider ethics and far-out sounds.

From the relentless drum beating of Amon Düül I, to the eastern tinged mysticism of Popol Vuh and the sonic assaults of Conrad Schnitzler, Krautrock: Cosmic Rock and Its Legacy traces the history of this phenomenon. Illu strated with concert photos, posters, record cover art and other rare visual material, and also including essays by Michel Faber, Erik Davis, David Stubbs, and testimonials from Gavin Russom (Delia and Gavin/Black Meteoric Star), Plastic Crimewave, Circle, Stephen Thrower (Coil/Cyclobe), and Ann Shenton (Add N to (X)) this is an essential compendium to a music whose spirit and ideas still vibrate through contemporary culture today.